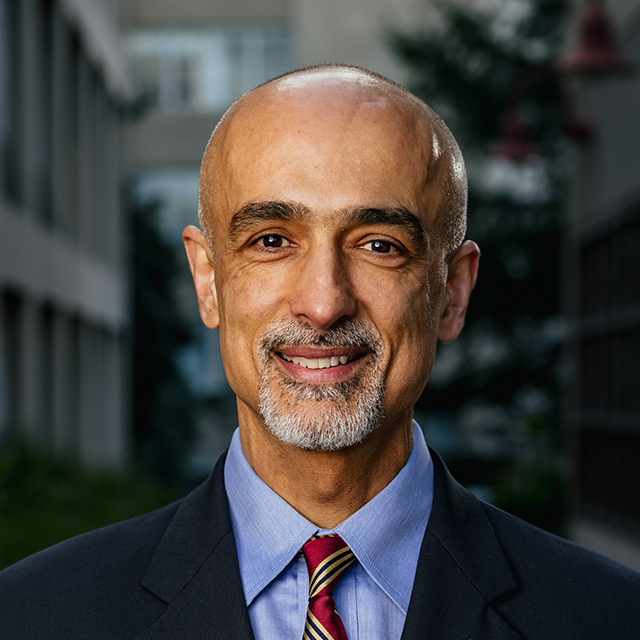 Dr. Mohammad Diab is an orthopedic surgeon and chief of pediatric orthopedics at UCSF Benioff Children's Hospital. He specializes in treating musculoskeletal conditions in children and teenagers, and residual childhood deformities in young adults. He is especially interested in spinal deformities, including scoliosis (a curvature to one side), kyphosis (an upper back curve that results in a hunched posture) and spondylolisthesis (in which an injured vertebra has slipped onto the vertebra below). He is also an expert in treating hip dysplasia and other hip disorders in children, adolescents and young adults.

Subjects of Diab's research include care for scoliosis and hip deformities. In addition to publishing many studies on pediatric musculoskeletal conditions in peer-reviewed journals, Diab is co-author of Practice of Paediatric Orthopaedics, a standard textbook worldwide.

Born in Cairo, Diab completed his early education in the United Kingdom. Rooted in his undergraduate major of classical studies and spurred by his interest in the history of medicine, he wrote a book on medical language, Lexicon of Orthopædic Etymology. Most recently, he has turned his focus to electronic education, developing software applications to help patients navigate their conditions and treatments, as well as an image library of pediatric orthopedic disorders.

Overall Experience
96 Reviews
Dr. Diab is amazing. He does a great job of explaining things to my daughter.
Explained things in a way that was easy to understand
96 Reviews
Did the doctor pay attention to your concerns
95 Reviews
Gave easy to understand instructions about taking care of health problems or concerns
96 Reviews
Knew the important information about your medical history
93 Reviews
The provider showed respect for what you had to say
162 Reviews
The provider spent enough time with me
27 Reviews
Read all reviews About our process