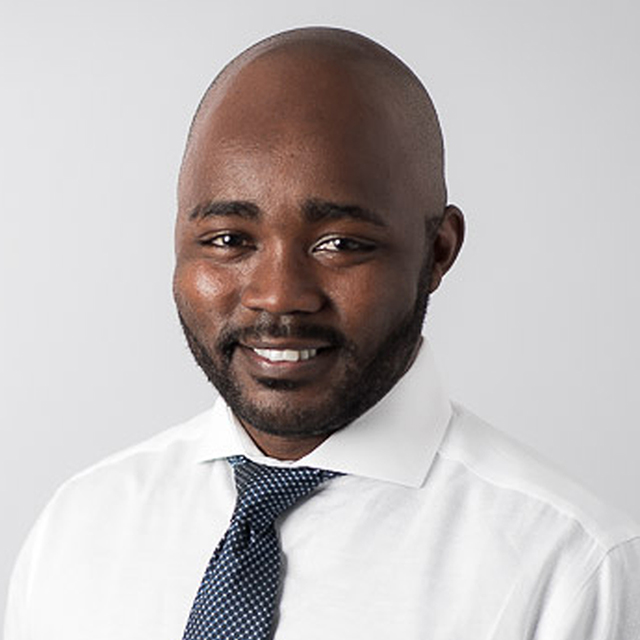 Dr. Anthony Muiru is a nephrologist who cares for patients with kidney disease.

Muiru's research seeks to illuminate racial disparities in the incidence of end-stage kidney disease, which African Americans are three to four times more likely to develop than their white counterparts. He focuses on understanding risk factors for chronic kidney disease among people of African ancestry, including African Americans and individuals living in sub-Saharan Africa. Causes of this disparity include genetic susceptibilities that arose in sub-Saharan Africa, such as the presence of certain gene variations.

One of Muiru's goals is to study these genetic risk factors among individuals living in sub-Saharan Africa. He and his team believe that understanding kidney disease heredity in the source population could yield valuable insights into mechanisms of the disease among all people of African ancestry. This could also help policymakers formulate public health priorities and management tools for patient care, with the goal of lessening the incidence and severity of kidney diseases in these settings.

Muiru earned his medical degree from Harvard Medical School and his master's degree in public health at the Harvard T.H. Chan School of Public Health. He completed a residency in internal medicine at Massachusetts General Hospital and a fellowship in nephrology at UCSF.

Muiru was born and raised in rural Kenya. In his free time, he enjoys travel and running outdoors.