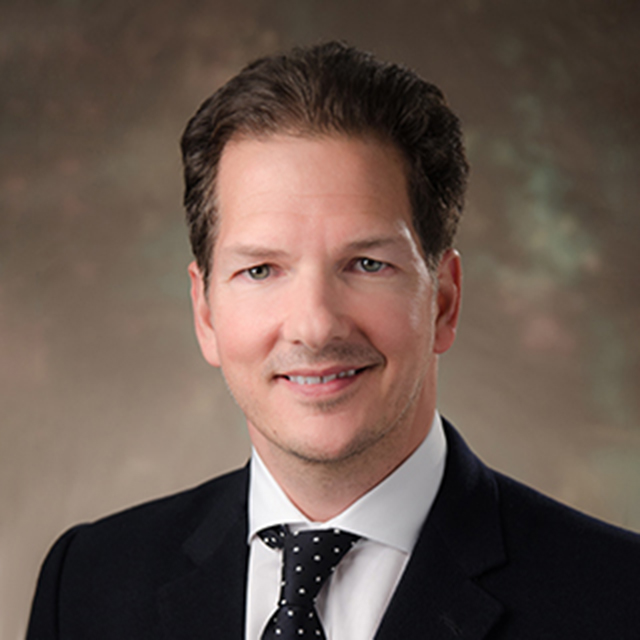 Dr. Christopher Ames is a neurosurgeon who specializes in caring for patients with tumors, scoliosis (sideways curvature of the spine) and kyphosis (curvature of the upper back). He is recognized by the Chordoma Foundation for his expertise in chordoma (a cancerous tumor that grows along the spine). He also has advanced knowledge of chondrosarcoma (a rare bone cancer that starts in cartilage cells), giant cell tumor (an aggressive, noncancerous tumor), soft tissue sarcoma (cancer affecting connective tissues) and sacral tumors (those affecting the sacrum, a bone at the base of the spine).

Ames directs surgery for spinal tumors and spinal deformities at UCSF. Co-director of the UCSF Spine Center, he co-directs the high-risk spine service and neuro-spinal disorders program. In addition, he directs UCSF's neurosurgical spinal deformity service, which performs more than 200 procedures each year to correct scoliosis, kyphosis, flat back syndrome, and chin-on-chest deformity in ankylosing spondylitis (a form of arthritis affecting the spine).

Ames directs UCSF's spinal biomechanics laboratory. He serves as the UCSF site director for the International Spine Study Group as well as for the multicenter, international Scoli-RISK-1 study sponsored by the AO Foundation in collaboration with the Scoliosis Research Society (SRS), which is looking at neurological complications following spinal deformity surgery. He has published pioneering research on tumor surgery, how to classify spinal deformities, and other concepts that facilitate safer treatment planning for complex spine surgery. He also pioneered the use of artificial intelligence decision support tools for surgery on adults with scoliosis. His research in spinal deformity has won numerous honors, including the SRS Russell A. Hibbs Award 7ndash; the top prize in scoliosis surgery research – three times. He has twice won both the SRS Louis A. Goldstein Award and SRS Thomas E. Whitecloud Award.

Ames earned his medical degree from the David Geffen School of Medicine at UCLA. He completed a residency in neurosurgery at the University of California, San Diego, where he served as chief resident. He completed a fellowship in complex spine surgery at the Barrow Neurological Institute. He has been at UCSF for 20 years.

Internationally recognized for his work in spinal tumors, spinal deformities, scoliosis and cervical kyphosis, Ames has published articles in more than 600 peer-reviewed publications. He serves as spine section lead editor for the journal Operative Neurosurgery. A globally honored lecturer, he has presented to meetings of the Spine Society of Australia, Argentine Spine Society, Berlin Spine Society, Brazilian Spine Society, Japanese Orthopaedic Association, Japan Neurosurgical Society, Korean Spinal Neurosurgery Society and Asia Pacific Spine Society. He has served as chairman for more than 200 national and international courses that teach surgical techniques for advanced tumors and deformities to neurosurgeons and orthopedic surgeons around the world. He has been a visiting professor at Hospital for Special Surgery, Cleveland Clinic, Mayo Clinic, University of California, Los Angeles and Massachusetts General Hospital. He is currently directing SRS' worldwide program of educational courses, developing a design to teach advanced scoliosis surgery throughout Asia, Europe and Latin America.

San Francisco Magazine named Ames to its top doctors list every year from 2015 to 2022, and Castle Connolly named him one of the country's top doctors for both neurosurgery and cancer from 2010 to 2022.