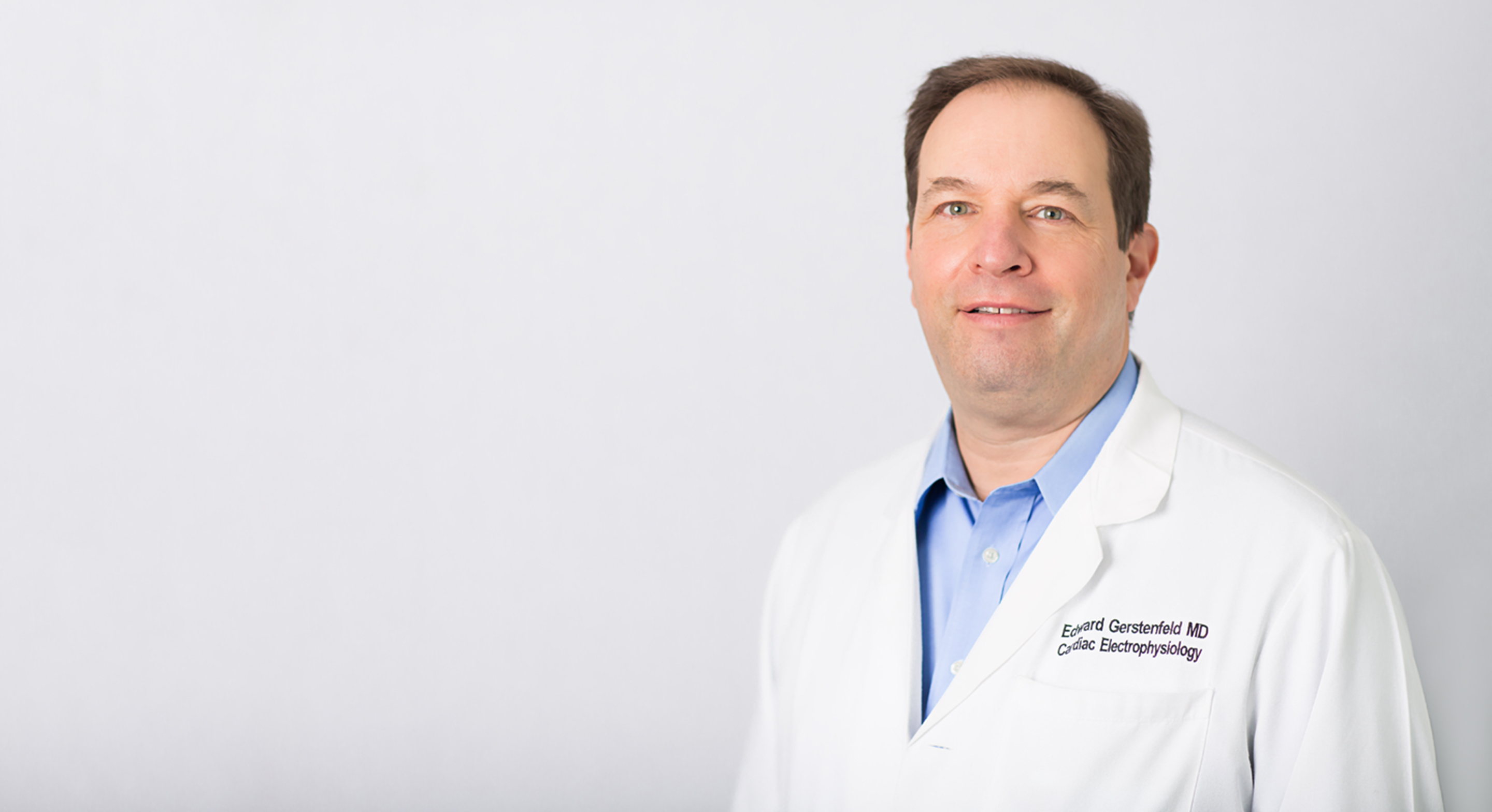 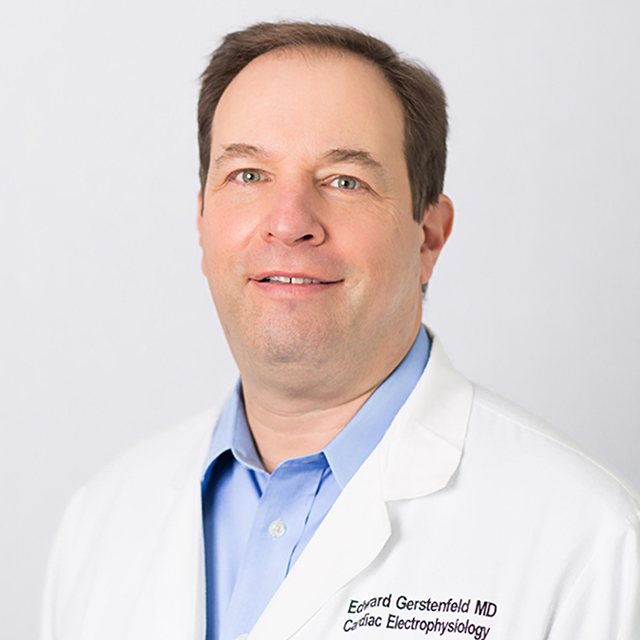 Chief of Cardiac Electrophysiology and Arrhythmia

Dr. Edward P. Gerstenfeld is chief of the UCSF Cardiac Electrophysiology and Arrhythmia Service. His expertise includes treating arrhythmias, or irregular heartbeats, with catheter ablation. Specific techniques, such as endocardial and epicardial ablation, may be used for atrial fibrillation, supraventricular tachycardia or ventricular tachycardia.

In his research, Gerstenfeld studies the mechanisms of arrhythmia, new technologies for mapping and ablation of arrhythmias, biomedical signal processing and electrocardiography. He is the primary investigator for several clinical trials.

Gerstenfeld is a fellow of the American College of Cardiology and a member of the Heart Rhythm Society and American Heart Association. He has published numerous manuscripts and book chapters, and he often lectures on mapping and treating arrhythmias. He is associate editor of the Journal of the American College of Cardiology (JACC): Clinical Electrophysiology.